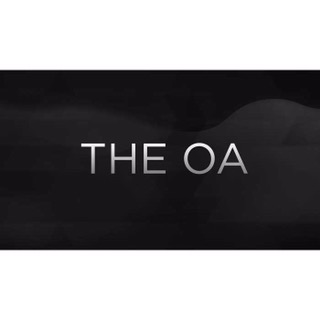 I tend to mix between books and TV series quite often and after reading several books I decided it was time to start watching something new. So as I do, I headed to Netflix and seen that they had added some new shows and movies and among all the options I came across The OA remembering that so many people had been talking about it on Twitter I made the choice to give it a go. It’s newly released with only 1 series and 8 1 hour episodes.

Prairie Johnson had been missing for 7 years until she was spotted jumping off a bridge. Despite having been blind due to an accident as a child she could see. Prairie now goes by ‘The OA’ instead of her adoptive name and refuses to share any information from her disappearance. In hopes to save others like her she assembles a team of 5 to help her find others who have been experiencing the same situation as her.

So is it worth watching? definitely! I was 12 minutes into the first episode and totally hooked. You think, how is it possible to be to into a show only 12 minutes in? Well, it’s different. Totally different to any other show I’ve ever seen. The OA’s story is like no other and is totally unique which made me even more interested in the rest of her story. Throughout series one you met new characters who bring the story to life and allow you to understand more about the situation. One specific character (a scientist, I won’t spoil it!) really interested me the most as he was someone who could definitely exist in this world. An utter nut job, crazy weird guy.

I think this show is brilliant and I can’t wait for season 2! You guys should definitely watch it and let me know what you think. You’ll definitely like this show if you’ve watched Stranger Things.

Check out my social media: